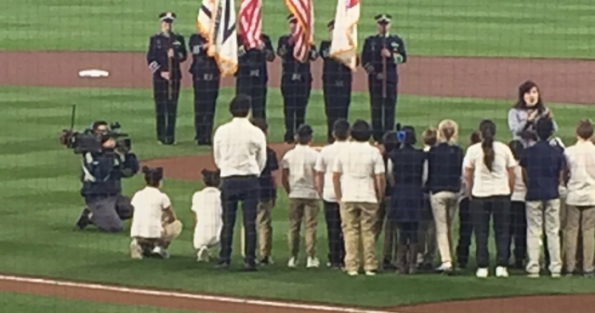 During the 2017 MLB season, Oakland Athletics catcher Bruce Maxwelll, the son of a U.S. Army veteran, became the first MLB player to kneel during the national anthem. It did not catch on as no other player participated in the movement that was started during the 2016 NFL season by Colin Kaepernick.

Just a few games into the 2018 MLB season and it has happened for a 2nd time, but not by any players. Several kids who were singing the National Anthem just before the Seattle Mariners game at Safeco Field decided they were going to kneel to make their stance known as well.