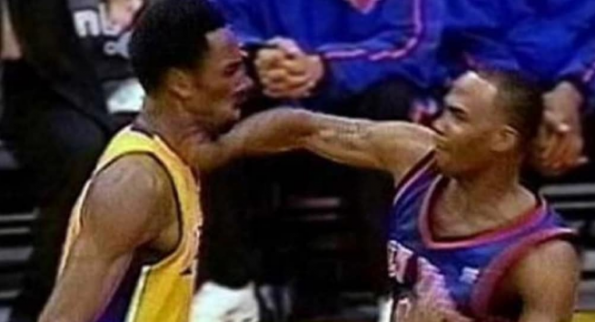 You want to feel old?

It’s been 18 years since Chris Childs and Kobe Bryant got into a fight in the middle of a Knicks-Lakers game in April 2000, and people still talk about it like it happened yesterday.

There’s a bunch of fans that remember the moment well, but occasionally they forget exactly who was responsible for hitting Kobe with a one-two punch.

Former Heisman winner and New York Knicks guard Charlie Ward recently sat down with The Shadow League and stated he regularly gets confused as the guy who punched Kobe in the mouth because he and Childs are similar in both looks and the way they played the game.

To his credit, he stated he was at that game, but as a spectator:

We spoke to Charlie Ward about that moment and how many people think he was the one who gave Bryant the business. ??? pic.twitter.com/Hw7V6r7TaT