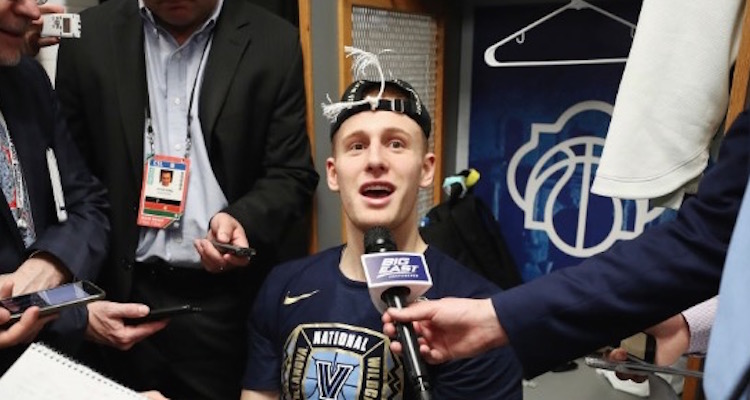 Donte DiVincenzo had the greatest night of his life on Monday. The redshirt sophomore came off the Villanova bench in the National Championship Game against Michigan to score 31 points and lead the Wildcats to their second title in three years.

Unfortunately, DiVincenzo wasn’t allowed to bask in the glory for long.

After DiVincenzo scored 18 points on 7-for-10 shooting in the first half, the internet started scouring his Twitter account for juicy nuggets. And it turns out that 14-year-old Donte DiVincenzo was a pretty profane tweeter.

Fans dug up a number of offensive tweets from 2011 and 2012. The one that immediately caught everyone’s attention was a tweet in which DiVincenzo, who is white, quoted the Meek Mill song “Derrick Rose.”

Other old Donte DiVencenzo tweets talked a lot about butts and buttholes, and one absolutely roasted his dad. 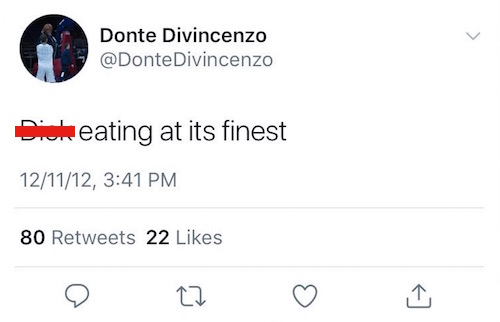 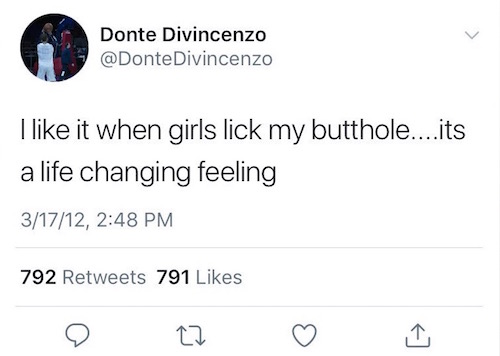 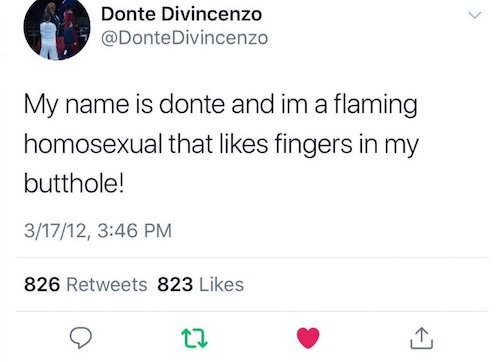 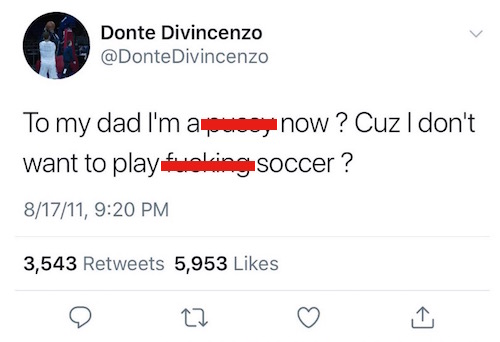 By the time the National Championship Game was over, every reporter at the Alamo Dome had heard about the offensive tweets. So in addition to all the “how does it feel” questions, DiVincenzo also had to answer a few about all the dumb things he tweeted seven years ago.

“I didn’t do that,” he said when asked specifically about the Meek Mill tweet. “It’s my account, yes, but I never remember doing that.”

When a reporter asked who could have been responsible for that tweet, DiVincenzo responded, “That’s a good question.”

Hilariously, Villanova jumped all over this story and tweeted a statement about the offensive tweets before they even understood what was going on. In it, they say “a Twitter account belonging to Donte DiVincenzo was hacked tonight,” apparently unaware that the tweets in question were seven years old.

Needless to say, they later deleted that statement. But the internet doesn’t forget:

Now villanova has deleted their tweet. This is wild. pic.twitter.com/SzOxbxKC4I

Villanova was right about a couple of things, though. One, DiVincenzo had not used his Twitter account in almost two years. And two, it has been deactivated. Which is why we used screen caps in this post rather than embedding the actual tweets.

Of course, it is totally plausible that DiVincenzo did not write the offensive tweets, as he claimed in his press conference. In fact, some of the tweets definitely look like they were written by friends.

The bigger question is whether we should really haul Donte DiVencenzo over the coals now for some terrible things he tweeted when he was a jackass teenager.