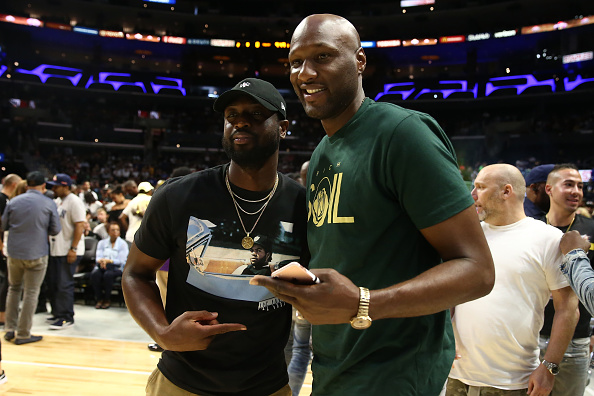 Lamar Odom is trying to turn his life around by venturing into the booming marijuana business.

The former NBA all-star has big plans this year and it includes launching his very own line of cannabis-related products called Rich Soil Organics in California later this year. He’ll be following in the footsteps of several other current and former athletes who are trying to get it on the money making business after Cali legalized marijuana.

Odom says he credits marijuana for helping him kick his substance abuse issues, including his addiction to cocaine.

“While going through rehab, I discovered certain strains that support wellness. So I decided to team up with Camp Green, a company that supplies organically grown, pesticide-free cannabis,” Odom said in a press release.

“Friends, associates, and ex-teammates asked me what solutions I was using on my road back to recovery, and that’s when Rich Soil Organics was born. It’s a perfect time to offer these Cannabis solutions to the public who may be going through similar body issues as I am.”

The line will include flowers, concentrates, extracts, and other CBD/THC infusions.