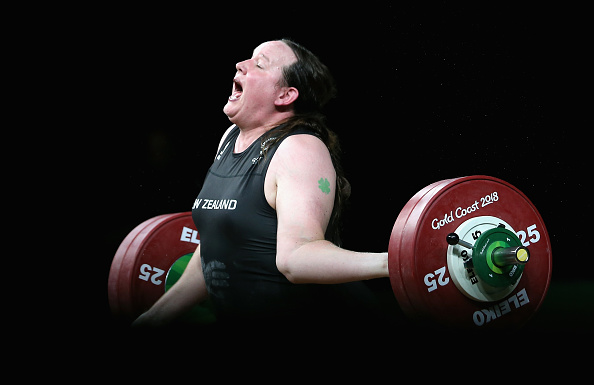 That’s one way to ruin your day.

40-year-old transgender weightlifter Laurel Hubbard is not well liked in the weight lifting community for obvious reasons, but nobody deserves to get hurt like this.

Hubbard withdrew from Monday’s over 90-kilogram division after she almost separated her shoulder and elbow attempting a Commonwealth Games record lift of 132 kilograms in the snatch.

Hubbard said it was likely she’d ruptured a ligament and sustained “some fairly significant tissue damage.”

Heading into competition, Samoa’s weightlifting head coach Jerry Wallwork made it known that he was totally against Hubbard competing at the games.

“A man is a man and a woman is a woman and I know a lot of changes have gone through, but in the past Laurel Hubbard used to be a male champion weightlifter,” Wallwork was quoted as saying.

Hubbard had hopes of becoming the first transgender athlete to win Commonwealth gold.