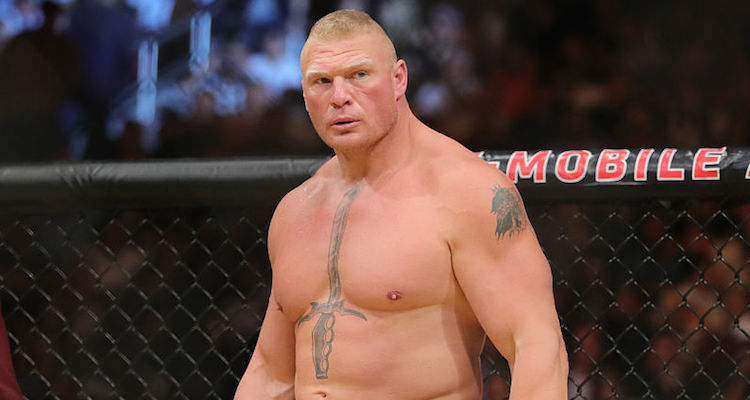 Last week Dana White revealed that Brock Lesnar was definitely “coming back” to the UFC at some point, fuelling speculation that the current WWE Universal Champion would retire from wrestling after WrestleMania 34. But that didn’t happen. Instead Lesnar signed a new contract with the WWE on Monday, just one day after successfully defending his title at WrestleMania 34 on Sunday.

The precise terms of the new deal have not been announced, but we do know two important details.

The first is that Lesnar will defend his WWE Universal Champion title in a steel cage match against Roman Reigns at the Greatest Royal Rumble in Saudi Arabia on April 27.

The second detail we know, thanks to Dave Melzer of MMAFighting.com, is that Lesnar’s new WWE contract contains an option for at least one UFC fight.

Lesnar, a former UFC heavyweight champion, last fought in the octagon at UFC 200 back in July 2016. On that occasion he defeated Mark Hunt via unanimous decision. However, the result was subsequently overturned due to a failed drug test. Lesnar was then suspended one year by the United States Anti-Doping Association, at which point he went back to the WWE.

Lesnar, 40, still has six months remaining on that suspension. If he does indeed return for one or more UFC fights, it won’t be for a while yet.