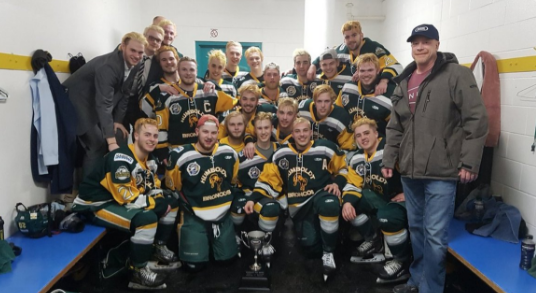 Welcome to 2018, where a terrible tragedy can be turned into a debate about race at any moment.

Last week, a youth hockey team suffered a terrible tragedy after crashing into a semi that left a total of 15 people deceased, with the last being the Humboldt Broncos athletic therapist Dayna Brons, who passed away from injuries suffered during the wreckage.

As Canadians continued to grieve the tragic bus crash in Saskatchewan, a GoFundMe account was opened and the outpouring of support from people around the world was unbelievable. So far, the account has raised over $9 million to help the affected families with whatever they need to get them through this trying time.

One lady by the name of Nora Loreto replied on Twitter to a Huffington Post article, stating it was ‘a lot of money.’ It was just a normal comment that didn’t raise any eyebrows:

This is a lot of money. https://t.co/pEwBvOR8nk

Then her next tweet got cryptic and downright awful as she complained that people were only donating so much because all of the victims involved were White males.

I’m trying to not get cynical about what is a totally devastating tragedy but the maleness, the youthfulness and the whiteness of the victims are, of course, playing a significant role.

As Joe said, get help and from me, please, disappear from my twitter feed. Despicable to even looking at your comments

How dare you.
The age, race and gender of the victims are circumstance to chance, nothing else. And none of those details paid significance to me, as I’m certain they didn’t to many others either. A group of people filled with excitement and joy, on a trip that was only supposed

To be filled with happiness was hit, and fifteen people died. Fifteen families are in mourning. The team is in mourning. Canada is in mourning, and Canada has responded in a way they knew they could; by raising money for a travesty that has impacted us all.
You responded by

Taking away the intentions of the help, and applying your own personal agenda.
How is your response only to retweet the backlash and continue to spread your ignorance?
How haven’t you issued an apology to the mass amount of people you’ve upset with your arrogance?
If you truly

Care about an issue, you know you don’t have to demean the importance of one tragedy to create a conversation about another issue. This is the wrong time and the wrong place. If you have an issue you want to impact, you can do it on your own terms. You can use your voice

Elsewhere and be more affective elsewhere.
Change doesn’t happen because of people like you. Goodness isn’t created because of actions like yours.
You want people to stop responding? Be better.

Use your money and your time for the things you care about.

It’s a lot of money, a lot of much needed money. 15 lives lost, 14 individuals physically impacted and a whole lot of lives shattered. Do you have any idea how much therapy ( physical and mental) cost? Equipment? Accessible homes and vehicles?

It works out to be about $500,000 per family (maybe less when you factor in funeral costs for the 15 that didn’t make it). Many of these players will need LIFELONG physical therapy and counselling to overcome losing most of their friends. Shame on you, seriously. Shame on you.

If you die, im bringing popcorn to your funeral.

The team trainer – a white woman – has passed away. Is it acceptable to send money, or would that just be more white privilege?

Just curious, as I can feel my white guilt bubbling over. https://t.co/xBtmYMd2dB

Did you even read the article that you shared?Did you see where most of the donations are coming from?Obviously you didn’t or you wouldn’t have said something so fucking ridiculous.Try reading without the half wit sjw glasses on and pay attention to facts fucking pathetic coward

Watch your words and sentiments. For all is not meant to be written. Shame on you. Your day will come to reap what you are sowing now.

What is it your business what people want to give to this HORRIBLE TRAGEDY Why do you bring in Race What difference does it make that they are WHITE They are DEAD!! People like you make me sick. I hope they Raise another 4 million what’s money when those Parents lost thier SONS