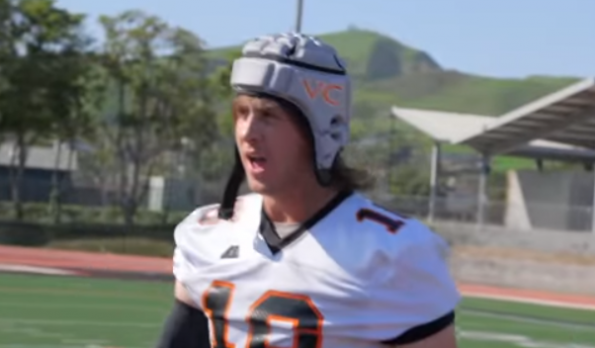 It’s crazy to think that Jared Goff was looked at as a bust during his first year in the league under the tutelage of Jeff Fisher. Just one year later and he was tearing up the field as he led the Los Angeles Rams back to the postseason, a place they hadn’t seen in a very long time.

The Los Angeles Rams QB is not just an up and coming QB in the NFL, he also has a humorous side and he displayed that recently when he went undercover as a transfer QB at Ventura College.