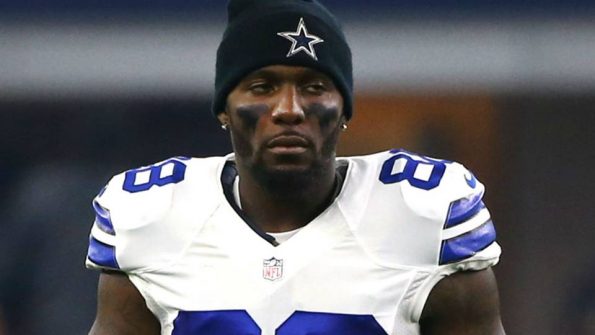 Back in mid-April, the Dallas Cowboys shocked the world when they suddenly released Dez Bryant. It wasn’t hard to figure out that his salary was a contributing factor. The fact that he turns 30 this year to go along with his dip in production also were reasons why Dez had to go.

It turns out that might be the reason why Bryant is still in the free agent market, almost three weeks later. Dez blasting the coaching staff after his release didn’t help matters. His eagerness to stay within the NFC East to play the Cowboys twice a year likely hurt his cause as well.

So far, the Baltimore Ravens have been the only team with any real interest, but there are “far more” teams unwilling to pay Bryant the league minimum salary than there are teams that would consider signing Bryant for any contract, according to ESPN’s Adam Schefter.

.@AdamSchefter says on ESPN the Ravens were willing to pay Dez Bryant about $7 million per year, and Schefter can’t find any other teams willing to pay him anywhere near that amount. Says NFC East teams are not interested — at least for now. @NBCDFW

If the majority of teams around the league aren’t willing to give the former Cowboys receiver $1M, it makes you wonder why he would decline to take the reported deal from the Baltimore Ravens.

If the Redskins, Giants, and Eagles don’t think paying Bryant $1M for one season is a good idea, then that tells you all you need to know about how they view him.