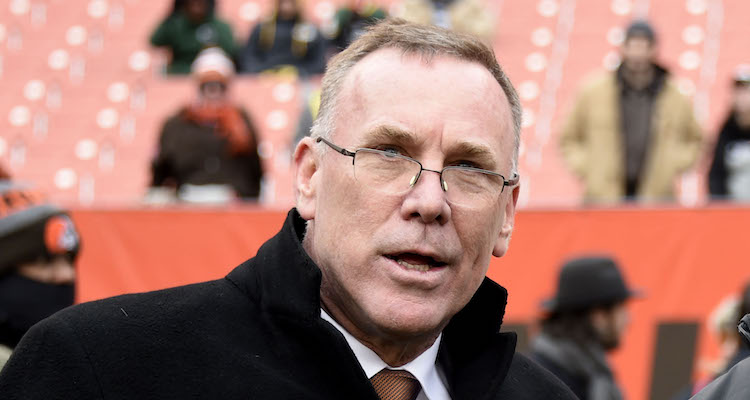 Earlier this year, San Francisco 49ers General Manager John Lynch told reporters that being featured on HBO’s NFL documentary series Hard Knocks is “not something we would be really excited about.”

The Browns and Niners are both on the list of teams the NFL can compel to appear on Hard Knocks this year. Also on that list are the Broncos, Chargers, Ravens, and Washington.

During a radio interview last week, Dorsey made it clear that he doesn’t really like the show, and doesn’t want his team to be a part of it.

“I don’t believe we’re on Hard Knocks,” he told ESPN Cleveland 850 on Wednesday. “I don’t think there’s anything good that comes out of Hard Knocks, but we’ll see.”

The NFL says they don’t know when they will officially announce which team is on Hard Knocks this year. However, there have been reports that the league wants the Browns.

The Browns are, of course, the logical choice. They are coming off just the second 0-16 season in NFL history, which was preceded by a 1-15 season and a 3-13 season. Now they’ve got themselves a passionate, outspoken, and sometimes controversial new franchise quarterback in Baker Mayfield. What football fan wouldn’t want an inside look into this dumpster fire trying to put itself out?

So what if the NFL does force the Browns to be on Hard Knocks this year?

So Doersey doesn’t want to be on Hard Knocks…but he can go either way?

That’s a pretty weak, flip-floppy answer. We should expect nothing less from the Browns.