>Total Pro Sports
NFL
Jemele Hill: Trump Uses Athletes Like Kaepernick As ‘A Chew Toy For His Base’

Jemele Hill: Trump Uses Athletes Like Kaepernick As ‘A Chew Toy For His Base’ 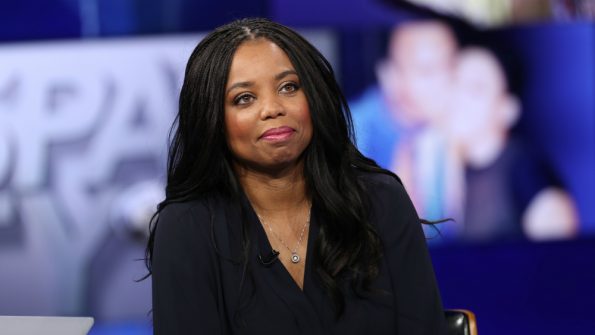 On Friday, it was reported that Donald Trump wanted to hold a “race summit” with Kanye West, Colin Kaepernick, and other musicians and athletes to discuss various topics.

ESPN journalist Jemele Hill isn’t buying it and believes Trump is just trying to use the former NFL quarterback “as a chew toy for his base.” In the past, Trump blasted Kaepernick and other kneeling NFL players for protesting during the National Anthem, even calling for those “sons of bitches” to be taken off the field and fired.

Hill stated said on Wednesday’s “Out of Bounds” episode on Complex that she was skeptical about the entire rumored event because of the lack of experts on race relations that were invited.

Hill also pointed out that many of the invited guests may face heavy backlash if they have been critical of Trump in the past and they don’t show up to the event.

“I think maybe the other part of it, too, is that if some of these musicians and athletes who have been critical of him, if they don’t show up, that will also be used as a chew toy for his base again to say, ‘See, I tried but this,’”

Even after the backlash from her statement, she has stated she still stands behind her remarks.