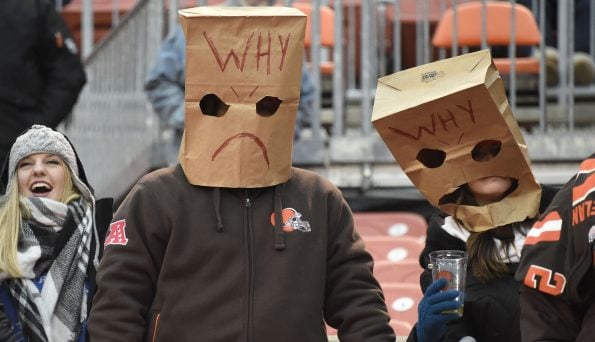 Cleveland Browns GM John Dorsey may not have wanted his team to be featured on HBO’s hit reality series “Hard Knocks,” but the NFL didn’t seem to care because they picked them anyway.

The league’s decision to pick the Browns comes as no surprise to anyone, what with all the storylines surrounding the team. Not only are the Browns one of the league’s most dysfunctional franchises ever, but they also used their first overall pick in this year’s draft to select the Oklahoma Sooners’ highly controversial quarterback, Baker Mayfield.

Coming off an abysmal 0-16 season, the Browns have been making numerous offseason moves, including the signings of big name free agents like Tyrod Taylor and Jarvis Landry.

Other teams that were said to be in the running for the show were the San Francisco 49ers, Denver Broncos, San Diego Chargers, Baltimore Ravens, and Washington Redskins.  Last season, HBO’s cameras followed the Tampa Bay Buccaneers, who went on to post a disappointing 5-11 record, good enough for last place in the NFC South.