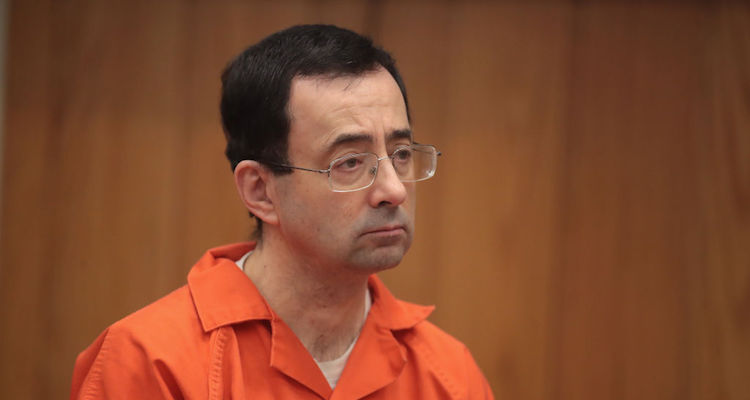 Michigan State University has agreed to pay $500 million to the victims of convicted sexual abuser Larry Nassar. Experts believe it is the largest settlement ever in a sexual misconduct case involving a university.

Representatives for Michigan State and lawyers representing the 332 claimants reached an agreement during a mediation meeting on Tuesday. It stipulates that $425 million will be distributed to claimants who are currently part of the lawsuits against Michigan State. The remaining $75 million will be held in reserve for two years in the events that more victims come forward.

The settlement does not require any of the claimants to sign nondisclosure agreements. However, it also does not make any provisions about Michigan State policies, or even acknowledge the specific claims made against Michigan State.

Brian Breslin, chairman of Michigan State’s governing board, issued a statement on the settlement on behalf of the university.

“We are truly sorry to all the survivors and their families for what they have been through, and we admire the courage it has taken to tell their stories,” Breslin said. “We recognize the need for change on our campus and in our community around sexual assault awareness and prevention.”

Larry Nassar served as a physician at Michigan State and as Team doctor for USA Gymnastics for over 20 years. In August 2016 former USA gymnast Rachel Denhollander told the MSU Police that Nassar had sexually assaulted her when he treated her for lower back pain when she was just 15 years old. After that, more women came forward with allegations against Nassar, and he was arrested by the FBI in December 2016.

The various lawsuits against Michigan State, USA Gymnastics, the U.S. Olympic Committee, and Twistars Gym allege that each of these organizations failed to act on opportunities to put an end to Larry Nassar’s abuse. Because of these failures, the lawsuits claim, these organizations are responsible for allowing Nassar to prey on his victims for as long as he did.

“This historic settlement came about through the bravery of more than 300 women and girls who had the courage to stand up and refuse to be silenced. We appreciate the diligent efforts of Mick Grewal and the survivors’ attorneys across the nation who worked to obtain this measure of justice and healing. We also thank the mediator and all who participated in crafting this settlement,” Manly Said.

“It is the sincere hope of all of the survivors that the legacy of this settlement will be far-reaching institutional reform that will end the threat of sexual assault in sports, schools and throughout our society.”