Fan Starts Petition To Stop Danica Patrick From Hosting 2018 ESPYs; Says She Sucked At Her Sport 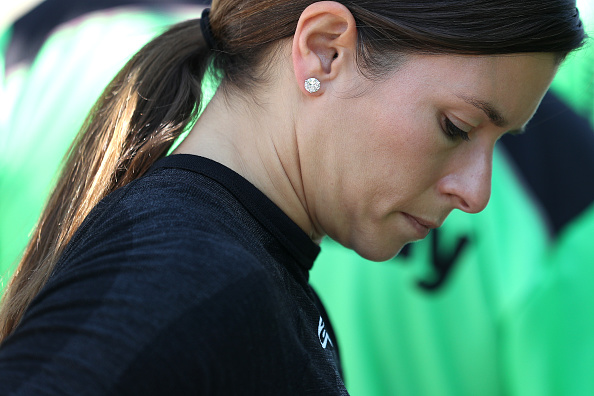 Danica Patrick just recently retired from the world of racing, but it ended on a sour note with a wreck at the Indianapolis 500. She is now set to become the first woman ever to host the ESPY Awards, but not everybody is happy about it.

Someone took the time to make a petition on Care2Petition to make damn sure Patrick doesn’t get nowhere near the Microsoft Theater stage in Los Angeles on July 18.

The ESPY’s are an event designed to honor those who have excelled in
some way in the world of sports.

In considering whether Danica Patrick meets this criterion,
we should not omit these facts:
1. She has never won a professional auto race in the entire Western Hemisphere.
and,
2. She has never won a full-field auto race (because her single, solitary, and only race win came in a very small field of 18 racers).

Conclusion:
Danica Patrick has NOT excelled in the world of sports,
and she therefore does not meet the standard for hosting the ESPYs.

We, the undersigned, believe that Danica Patrick is unqualified to
host your upcoming ESPY’s.
We therefore request that your network replace Danica Patrick with someone else.

We thank you for your time and consideration in this matter.

The petition doesn’t have many supporters at the moment, as only 36 people have signed it as of 3pm EST.