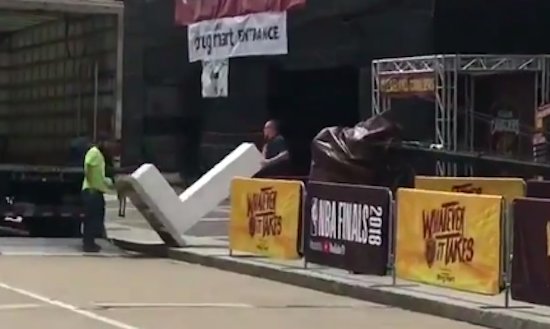 Bad omens before a big game is not something a fan base wants to see.

On Wednesday, there were trucks outside Quicken Loans Arena delivering various things just hours before the Cleveland Cavaliers were set to fight and stay in the series against the Golden State Warriors.

One person near the Arena couldn’t help but notice delivery drivers were bringing in a giant “L” mere hours before Game 3.