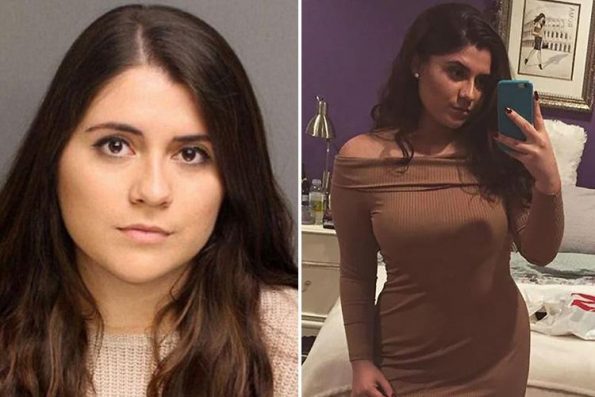 Nikki Yovino, who claimed she had been raped by two Sacred Heart University students after a football party, found herself under arrest back in February of 2017 when police said she made up the story and fabricated evidence. Unfortunately, the damage had been done and those players were kicked off the team and subsequently kicked out of school because of the allegations.

What makes this story even more disgusting is that Yovino reportedly cried rape to get the attention of another man that she liked, hoping that he would feel sorry for her. According to her, rape was “the first thing that came to mind”.

Both men stated they did have sex with Yovino, but it was consensual.

Yovino was set to stand before a jury of her peers this month, but changed her mind and decided to take a plea deal that gave her just three years behind bars. She will only be required to serve one of those years, the CT Post reported.

“We were prepared to go to trial on the original felony charge, but after lengthy discussions with all parties involved and considering all outside factors, this was an appropriate disposition that will hopefully set a precedent about how serious the state takes this conduct,” Senior Assistant State’s Attorney Tatiana Messina told the judge.

“The important thing is that the victims are happy with the disposition,” added Assistant State’s Attorney Emily Trudeau.

“While this disposition does not replace that which the boys lost, it does send a powerful message that lying about a serious incident carries serious consequences,” Riccio said.