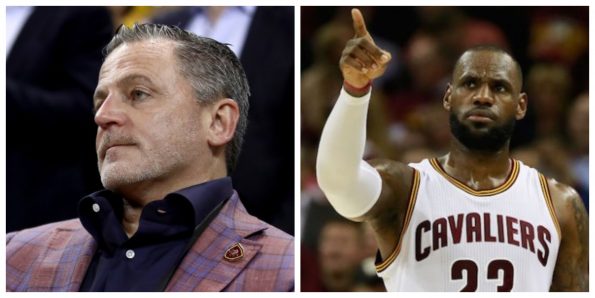 In 2005, Dan Gilbert became majority owner of the Cleveland Cavaliers and since that time period, the franchise has won six Central Division championships, five Eastern Conference championships, and one NBA championship.

The thing about all that success is that LeBron James is the reason for all of it. When LeBron left in 2010, the team became a perennial doormat of a team and never sniffed anywhere close to the playoffs until LeBron returned home.

Despite the success of the franchise being dependent on one man, Dan Gilbert wholeheartedly believes he can build a championship team without the services of LeBron James, according to Brian Windhorst of ESPN.

“Dan Gilbert believes that he can build a championship team without LeBron, and I think he is looking forward to trying. I don’t think he necessarily wants it to be next year, but I think Dan Gilbert would like to make a run of it.”

Here are the years with LeBron and without him under Dan Gilbert:

For the second time during his tenure with the Cavs — LeBron is slated to have yet another offseason filled on where he might end up to finish off his career.