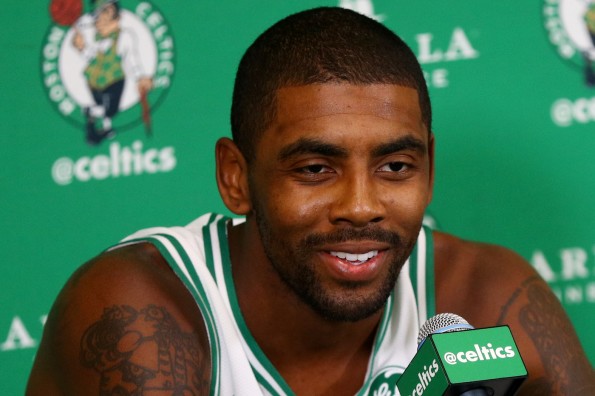 I am a firm believer that everyone has at least one twin out there somewhere in the world that they haven’t met yet.

Kyrie Irving may have just found his Doppelgänger after a picture of Panama soccer player Gabriel Gómez was posted on Twitter during the World Cup, and people couldn’t help but notice he had a striking resemblance to the Boston Celtics star.

What made the situation even more hilarious is that the Panamanian footballer was down on the field because of an injury, causing fans to make several references to Kyrie being hurt during the playoffs.

Kyrie Irving out here playing with Panama at the World Cup…. pic.twitter.com/jSH1qxaZvd

Social media had a field day with this:

And no surprise he’s hurt there too

Still thinks the world is flat.

Panama has kyrie on defense but expects ppl to take them serious pic.twitter.com/BzQaNRNE0d

When did Kyrie Irving start playing for Panama? pic.twitter.com/rKOyXMfpah

panama got a dude who looks like he’s kyrie’s daddy.

Kyrie really took the playoffs off to train for Panama smhhh pic.twitter.com/hHppsVCBm9

idk abt you guys but this panama #6 look a lot like kyrie imo pic.twitter.com/4935dqmd11

Kyrie Irving retired from basketball because he didn’t like that Tatum took Lebron to seven in the ECF. He now plays midfield for Panama. pic.twitter.com/5bM7yJUeY9