>Total Pro Sports
NFL
REPORT: Jameis Winston Is Bracing To Be Suspended For Up To 3 Games By The NFL

REPORT: Jameis Winston Is Bracing To Be Suspended For Up To 3 Games By The NFL 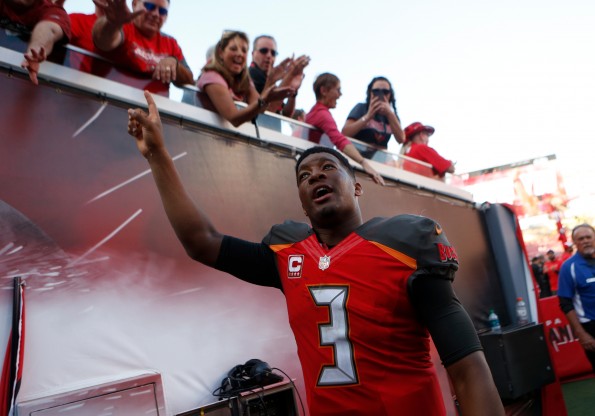 It was reported earlier this week that the league was still investigating an allegation that Jameis Winston groped a female Uber driver in 2016.

The investigation regarding the Tampa Bay Buccaneers quarterback could ultimately lead to a suspension if the league deems those claims to be credible.

“The Winston camp is prepared for the NFL to levy a suspension of some kind,” Cameron said. “The thought from the Winston camp is that would be a maximum of three games. I do not know at this time whether or not they plan to appeal, and I do not know that three games is an accurate number. I’ve been told that would seem to be the maximum number of games that the suspension could be. It’s also likely that it’s less than that and it’s one game.”

The victim in the case stated she picked Winston up around 2:00 a.m. in Scottsdale, Arizona on March 13, 2016. She alleges he was the only one in the car and for whatever reason, he began yelling gay slurs at pedestrians before demanding that they go pick up some food.

While waiting at Los Betos Mexican Food, Kate says Winston reached over the seat and placed his hand on her crotch for “three to five seconds.”