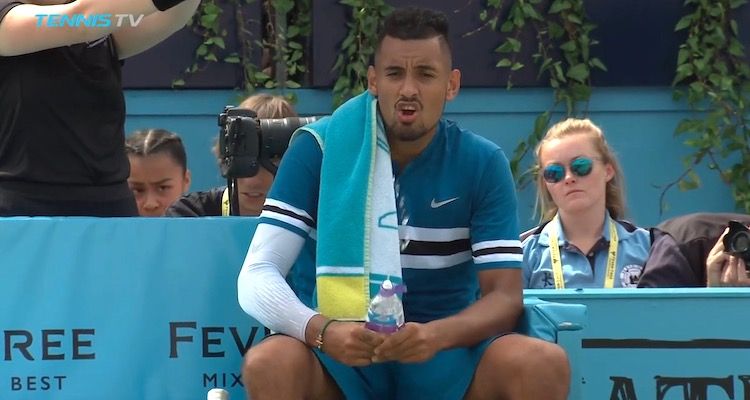 Australian tennis douche Nick Kyrgios has been fined €15,000 by the ATP for performing a lewd act on his water bottle during a recent match. That works out to roughly $17,500 USD.

As any tennis fan knows, the 23-year-old Australian has a long history of childish antics and outbursts. However, this latest incident was shocking and unexpected even for him.

Few people in the crowd would have noticed the incident. But nobody watching at home could have missed it, because the camera was on him the entire time.

Kyrgios eventually lost to Cilic in straight sets. His appearance in the semifinals earned him €105,480 in prize money. The €15,000 fine, which honestly seems a bit lenient, will be deducted from that.

Hopefully it worth it.