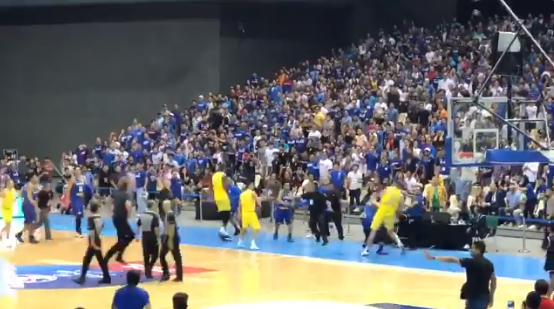 On Monday, a bench clearing brawl broke out between the Philippines and Australia during the FIBA Basketball World Cup.

At some point during the third quarter, tensions rose between both squads with Australia, 79-48, in control when Philippines guard Roger Pogoy & Australia wingman Chris Goulding got tangled up on a drive.

All hell broke loose soon after:

JUST IN: Fight breaks out in the third quarter of the FIBA World Cup Qualifiers between Gilas and Australia. pic.twitter.com/92aib5jdLS

OH MY GOD. Thon Maker involved in the biggest basketball brawl since the Malice at the Palace… pic.twitter.com/nTNt5wRS6p