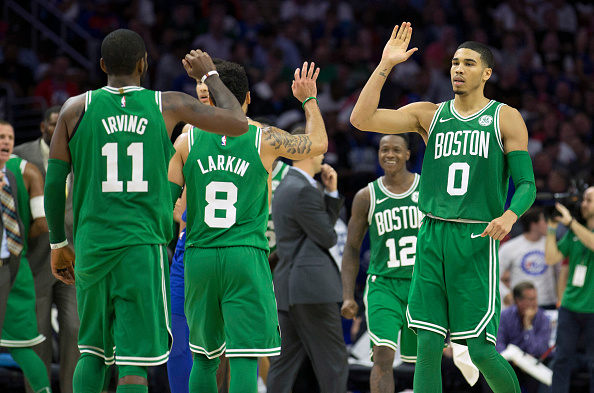 It has become abundantly clear that the San Antonio Spurs are going to play hard ball for any team looking to acquire Kawhi Leonard this offseason.

The team has already stated they wanted three players and like four draft picks from the Los Angeles Lakers, which reportedly has the team willing to wait it out for the 2019 offseason to sign Kawhi and not lose anybody.

The likelihood of the Boston Celtics landing Kawhi Leonard is getting slimmer and slimmer, because the team has stated that their top players on the team are ‘off limits’ in any potential deal, according to ESPN’s Adrian Wojnarowski.

Right now, Boston is arguably the strongest team in the Eastern Conference with Kyrie Irving and Gordon Hayward coming back from injuries and with LeBron out of the East, it clears the way for them to make an NBA Finals run.