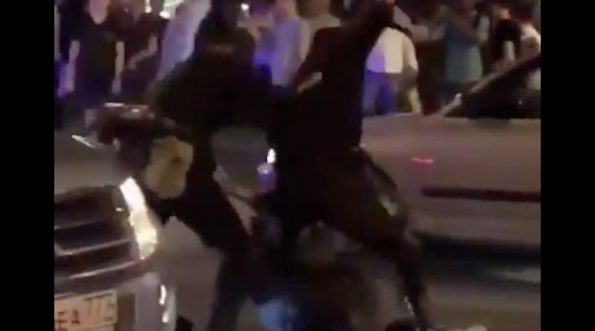 Russian fans had every right to be excited following their round of 16 victory over Spain at the World Cup on Sunday. After all, few gave them a chance against the 2010 champions.

So when Russia clinched the historic win in penalty kicks, it was time for the host nation to celebrate. And while most did so in an orderly manner, one dude appeared to take his celebration a little too far, and he ended up paying the ultimate price.

Jumping on a Russian police vehicle is probably never a good idea…unless you’re trying to get your ass beat by a couple of angry cops with batons.

Russian jumping on police car after Russia victory against Spain…

Wait for the reaction from the Russian police ?? pic.twitter.com/ltBVNAhFrR