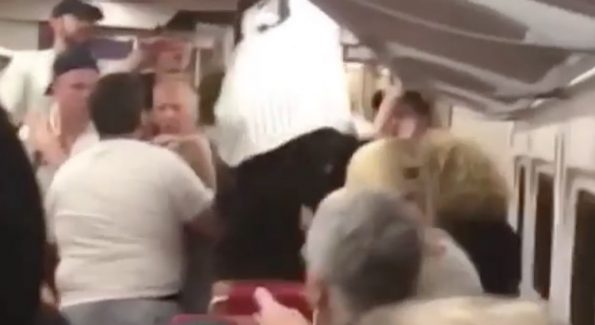 With the New York Yankees and the Boston Red Sox owning the two best records in baseball at the moment, this AL East rivalry is as heated as ever.

For proof of that fact, look no further than the footage below, which shows fans from both teams brawling on a train during their weekend series in New York.