Mike Bibby Is JACKED, Looks Like a Superhero Figurine! (PIC) 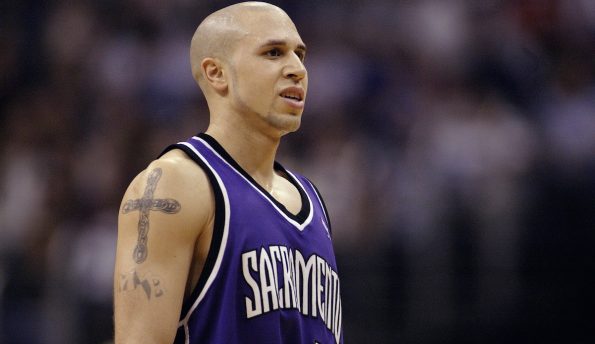 When Mike Bibby was playing in the NBA between 1998 and 2012, he was always in great shape, but he never had the type of body you’d look at and say, “Wow, that dude is jacked!”  Apparently, that’s because Bibby’s coaches would never allow him to take on such a physique.

While talking with GQ about his current diet and workout regimen, Bibby said the following about the difference between his build during his playing days, and his current body:

I’ve always had this build, and I’ve always loved lifting weights—it’s just that when I played, teams didn’t want me to lift heavy like that. Every summer when I came back for training camp, teams would always get mad because they said I looked like a linebacker. So it was just always just one set here, one set there—that was all the lifting I did.

Once I retired, I had all the time in the world. Now I can lift heavier. I drop my kids off at school, and I’m at the gym until they have to get picked up.

All that lifting has transformed Bibby into an absolute monster!

On a scale of 1-10, how JACKED is Mike Bibby ?? pic.twitter.com/cnjLHJpe4n

Someone needs to sign him just so he can set screens all game.

For more about Bibby and his new lifestyle, check out the GQ article here.