It was a crazy scene last week at the Atlanta International Airport when footage surfaced of an airport employee aggressively approaching Adam “Pacman” Jones and goading him into a fight.

The former Cincinnati Bengals CB happily obliged and gave the man what he wanted, knocking him down to the ground and delivering one last punch to his face as the guy tried to figure out what just happened.

On Tuesday, Frank Ragin Jr. appeared in court to face battery charges after officers determined Pacman was simply defending himself.

“During his court appearance, Ragin was emotional — burying his head in his hands — and looked to be in pain.”

#InTheNews Frank Ragin Jr. appeared in court this morning for assaulting #NFL player Adam "Pac Man" Jones. He appeared in a wheelchair with cast on parts of his body. Ragin is facing battery charges. pic.twitter.com/2rhIqWBDe6

That’s when Pacman decided to add more salt to his wounds by trolling him on social media.

“Pacman posted a pic of the guy and wrote, “When you lost the fight … your job … your leg and getting found guilty. And that moment you realize you started it all.” 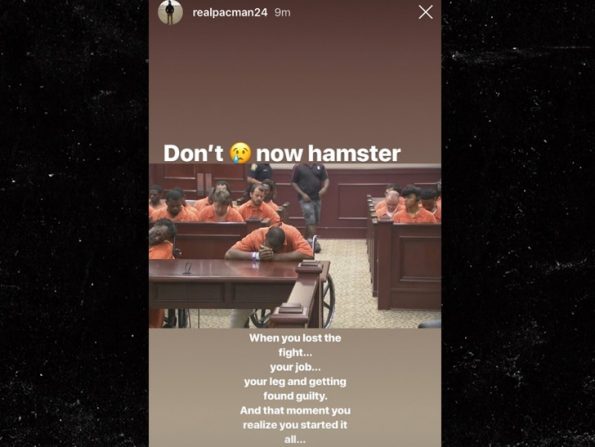