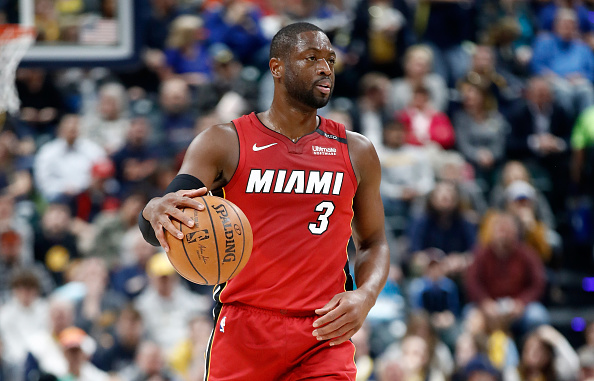 Dwyane Wade is easily one of the nicest people in the NBA. Fans love him, his teammates love him, and he’ll definitely go into the hall of fame when he finally hangs it up for good.

Aside from doing what he does best on the court, the Miami Heat star likes to inspire the people who look up to him to do better in life, which is what he tried to do this week.

On Tuesday, Wade took to Twitter and posted a quote along with a message from himself.

“You can’t have a million dollar dream with a minimum wage work ethic” Good morning go get what’s yours!

What was meant to be an inspirational tweet quickly went south as Twitter users got upset with him and ripped him in the comments section.

Look if you want to motivate people, fine do THAT. But stop equating one’s wages to their work-ethic, there’s no correlation and often times it’s ppl in low-paying jobs grinding the hardest. And to hell w/ the “go get it” oversimplified take on ppl financial struggles! pic.twitter.com/7sQJYwDzdV

The quote means you can’t achieve high aspirations with minimal effort, but to associate “low work ethic” with minimum wage is incredibly classist.

Gross tweet. Especially after @BernieSanders town hall #CEOsvsWorkers where employees of Disneyland, Amazon, McDonald’s & Walmart talked about how hard they worked, how it was never enough, they can’t afford food, health care, taking care of their kids & are burnt out from work

no such thing as a “minimum wage worth ethic” don’t be a prick. The laziest people are the many rich assholes sitting around getting rich off other people’s labor.

DWade you should read the wonderful book “Nickel and Dimed” by Barbara Ehrenreich. You would learn a lot about the work ethic of individuals who earn minimum wage instead of a living wage in the US.

I get what you’re trying to say. But this ain’t it. People who make minimum wage have to work extremely hard just to make ends meet. Maybe multiple jobs. And actually most minimum wage jobs are very physical and labor intensive

1.I think it’s very disrespectful of you to think because someone makes minimum wage that they lack work ethic! I have worked the same minimum wage job for 7 years and get up at 2:45 am every morning and give it all I’ve got day in and day out! I’m offended by your remarks!

you’re my fav basketball player, but dude this tweet sucks. minimum wage workers are disparaged enough, they don’t need a millionaire putting down their work ethic. if youve ever worked a minimum wage job, i hope you can dig back and remember what it was like.

Minimum wage workers work their asses off, fuck off with this

Bruh. Are you and @kanyewest collaborating? Sharing the same books? This is tone deaf.

guessing you didn’t think this was going to back fire like that huh pic.twitter.com/pXiBNfGw6B

seriously? people working for minimum wage work far harder than you ever will just to survive. you are so tone deaf it hurts.

Said no #Kardashian ever

could easily be argued that many folks busting their asses every single day at unappreciated, minimum-wage jobs work just as hard or harder than most millionaire basketball players.

Work ethic will not make you rich, some of the hardest workers are the poorest people.

Have you considered that minimum wage is chosen by the employer and not the employee. Also they stop letting us work after a certain amount of hours every week