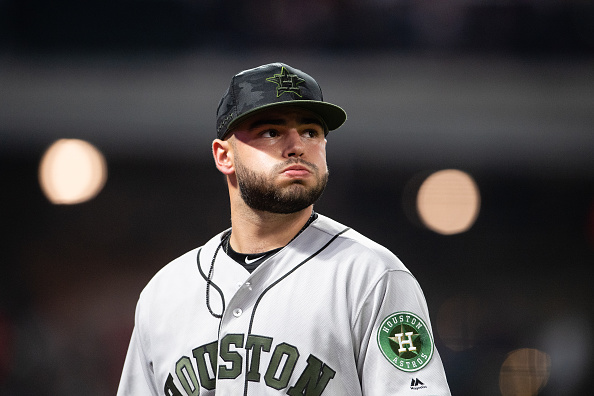 Once upon a time, Major League Baseball was really America’s pastime and the most popular sport in the entire country. Just like anything that has been on top for a while, it’s bound to hit a decline and that’s exactly what MLB has been experiencing for years now.

Lance McCullers seems to know the reason for that and he blames MLB as a whole. In his weekly appearance on Sports 610 Radio Thursday, the Houston Astros starter was extremely critical of MLB for being the “worst marketed league” of the major sports in America.

“We have the worst marketed league, in my opinion…of the three major sports, in the United States. I don’t know why that is. I think that the other sports leagues understand that the product that you have, the more people are interested in that product, especially, [it’s going] to sell,” McCullers said. “I think that the MLB, for a long time, has just always believed that baseball will sell because it’s baseball, and I think that it’s starting to catch up to us.”

“I think that’s why you saw more phones out at the All-Star Game, that’s why you saw more interviews. They’re trying to have these players become actual people to the fans, versus just players,” McCullers said. “In baseball, there’s so many games, there’s a lot of players, twenty-five of us…it’s hard to make every single individual person…their own brand. It is tough.”

A guy like Mike Trout who is perceived to be the best player in the entire league is about as recognizable as NBA player Kenneth Faried, according to Q Scores firm that measures consumer appeal of personalities. That is a problem, and something  MLB Commissioner Rob Manfred spoke about during all-star weekend.

“Player marketing is dependent on having the player. I think Mike Trout could raise his profile tomorrow if he decided that he wanted to engage a little more fully, give up some more of his free time. And that’s his choice. That really is his choice,” Manfred said. “What player marketing takes in today’s world, you’ve gotta be willing to be out there on social media, you’ve gotta be willing to put yourself out there, and you have to devote time to it. We do think about it, and it is a priority for us.”

McCullers continued on his point:

“The overall league needs to do a better job, like the NBA has done, in marketing its players, going on worldwide tours, taking certain players that aren’t just the two or three biggest names in sports, taking everyone,” McCullers said. “[This would let people understand] that this is what’s baseball’s about, [and would allow] everybody to get out there, versus just a certain few, and that’s something that the MLB is going to have to work on.”

One way the MLB could help their cause is to allow regular Joes on social media share their content without fear of losing their account, because the league has been known to have strict rules against it.