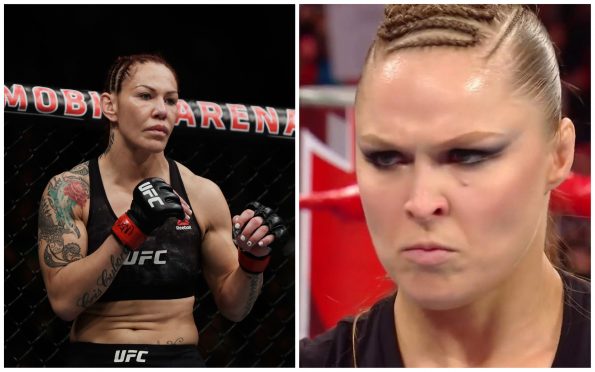 When Cris Cyborg finally made her way into the UFC, many fans got excited for the possibility of seeing her finally face off against Ronda Rousey. Then Rousey became human with two consecutive embarrassing losses and that dream quickly faded away as she signed on to wrestle in the WWE.

TMZ Sports recently caught up with Cyborg, who stated that super fight could still happen, just under different circumstances.

“Some fans ask me, ‘Cris, do you like to make a fight with Ronda Rousey in WWE?'” Cyborg tells us, “I say ‘Maybe, ya don’t know. Maybe.’ It’s not something I plan. But if fans would like to watch, I need to train for that, but, ya know, it’s gonna be great.”

After years of throwing shots at her, Cyborg was actually very complimentary of Rousey.

“I watch a couple things Ronda’s doing there, and I think she’s doing great,” Cyborg said.