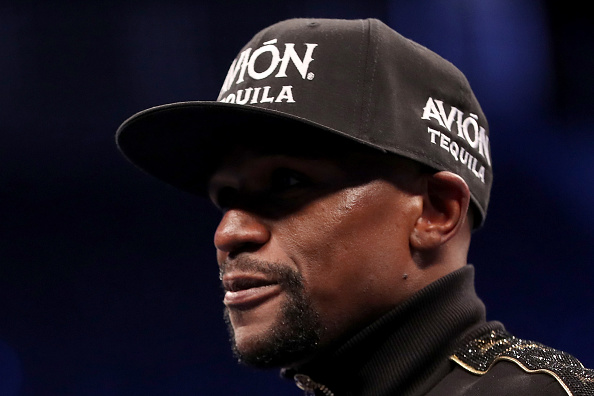 Four days in and the feud between Floyd Mayweather and Curtis “50 Cent” Jackson is still going strong.

Both insanely rich men have been trading insults on various social media sites, trying to see who can embarrass the other the most. Mayweather has now decided to take it to another level by enlisting the help of social media users.

In what he dubbed, “The Biggest Rat Sweepstakes,” the retired professional boxer promised to pay $1,000 to the nine fans who leave “the most disrespectful” comments on the rapper’s Instagram page.

"The Biggest Rat Sweepstakes" To Enter: 1st, Tell me how many rats are in this picture? ? 2nd: Go to 50cent IG, twitter and Facebook and post the most disrespectful comment you can possibly think of about The "Herpes Infested Rat" 50cent ? 3rd: Repost On Your Page #50CentGotHerpes • I Promise… The Top 9 Shots Will Recieve $1,000 Each & A Reposts On My Page??

Here’s a look at what 50 Cent has been posting in retaliation:

Floyd, you are the champ but you a sucker at heart. You want it all. I know, I watched you do some foul shit to Reala and he is your best friend. When he broke up with his girl Jessica, you kept her around, got her an apartment, bought her a car because you wanted to fuck her. Reala ain’t sweat it. He was keeping it, playa. Haze just wasn’t built like that. Tell everybody why you was on FaceTime when he killed Stephanie and himself. Because he was confronting you about fucking his wife. You was pumping all that Trey Songz shit, get the fuck outta here. You didn’t give a fuck you just went to watch the ball game. ?get the strap #lecheminduroi

What you think they was saying? ? LOL??get the strap

I told my grandfather y’all was hating on me and then this is what happen. LOL ?get the strap