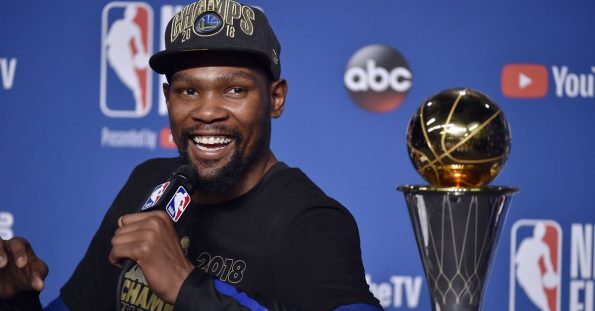 It’s been two years since Kevin Durant left Oklahoma City for the Warriors, and people have yet to let it go and the trolling only gets stronger.

The Tulsa Drillers — Double-A affiliate for the Los Angeles Dodgers — wanted to randomly get in on the Durant jokes, so randomly on Wednesday, the team’s official Twitter account gave fans an opportunity to meet a humongous 14-foot python. They dubbed the snake Kevin Durant and the post went viral.