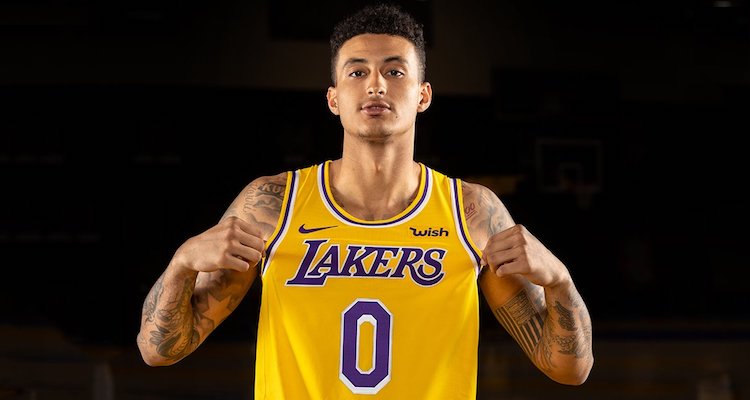 The Los Angeles Lakers officially revealed their new jerseys for the 2018-19 season on Monday, and the good news is two of the three jerseys are excellent.

The gold “Icon” jerseys, which leaked online last week and are absolutely fantastic, harken back to the Showtime Lakers of the 1980s:

The white “Association” jerseys, though a little more bland than the gold, still have a sharp, classic look:

Put on in the ASSOCIATION.

Unfortunately, the same cannot be said for the purple “Statement” jerseys, which inexplicably feature a completely out of place black side panel:

The Lakers’ previous purple jerseys had a gold side panel. It wasn’t everyone’s cup of tea, but it was better than black.

In reacting to the new purple jerseys, Lakers fans on Twitter exercised as much restraint as you would expect. Which, of course, is none.

The guy who decided to go with the black stripe pic.twitter.com/v2pVRU0FPF

Why why why did they put the black stripe??? pic.twitter.com/7yeLZZdWcf

I’m not a fan of the black stripe ??‍♂️ pic.twitter.com/YddIPm57jE

Why the black sides? pic.twitter.com/puGah68kk1

What I think of the purple jersey, what can’t they be like the gold or white ones and have no strip?? @lakers @nike @JeanieBuss @MagicJohnson pic.twitter.com/X0fe6DhEtP

The Purple jerseys are… pic.twitter.com/cg3yKY6Tw5

You know the Lakers really did a solid job with these new..

Something tells me there will be a lot of sales on those purple jerseys about halfway through the season.