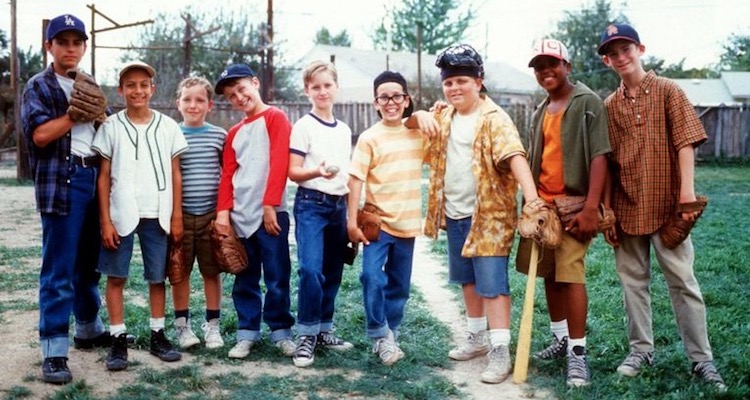 Earlier this year the cast of Sandlot reunited for a Today Show segment celebrating the 25th anniversary of the iconic coming-of-age baseball film.

Apparently that reunion stirred up a lot of interest, because now a new Sandlot is in the works.

According to Deadline Hollywood, 20th Century Fox is in the early stages of development on a prequel to the 1993 classic. They’ve hired original writer and director David Mickey Evans to write a new script with Austin Reynolds. Details of the film’s plot are officially under wraps. However, Deadline‘s Amanda N’Duka is reporting it revolves around the legend of “The Beast,” i.e. James Earl Jones‘ giant baseball-eating English Mastiff.

This news likely has die-hard fans of the original film very excited. However, it would be wise to keep your expectations at bay.

The previous two additions to the Sandlot “franchise”—a pair of direct-to-video efforts—were nothing to write home about. There was the The Sandlot 2, which features an entirely new group of boys, in 2005. That has a lousy 4.5/10 rating on IMDB. Then there was The Sandlot: Heading Home in 2007, which starred Luke Perry and has a slightly better but still not great 5.2/10.

It’s unclear at this point whether Fox is aiming for a theatrical release or another straight-to-video/streaming release. But don’t let David Mickey Evans’ involvement fool you. He also wrote and directed Sandlot 2, as well as Ed, which is widely regarded as perhaps the worst sports movies of all time.

But you never know. Maybe this time the stars will align to give us another good Sandlot movie.