>Total Pro Sports
NFL
EA Apologizes For Editing Colin Kaepernick Out Of Madden 19 Soundtrack…Turns Out They Did It Last Year Too! (TWEETS)

EA Apologizes For Editing Colin Kaepernick Out Of Madden 19 Soundtrack…Turns Out They Did It Last Year Too! (TWEETS) 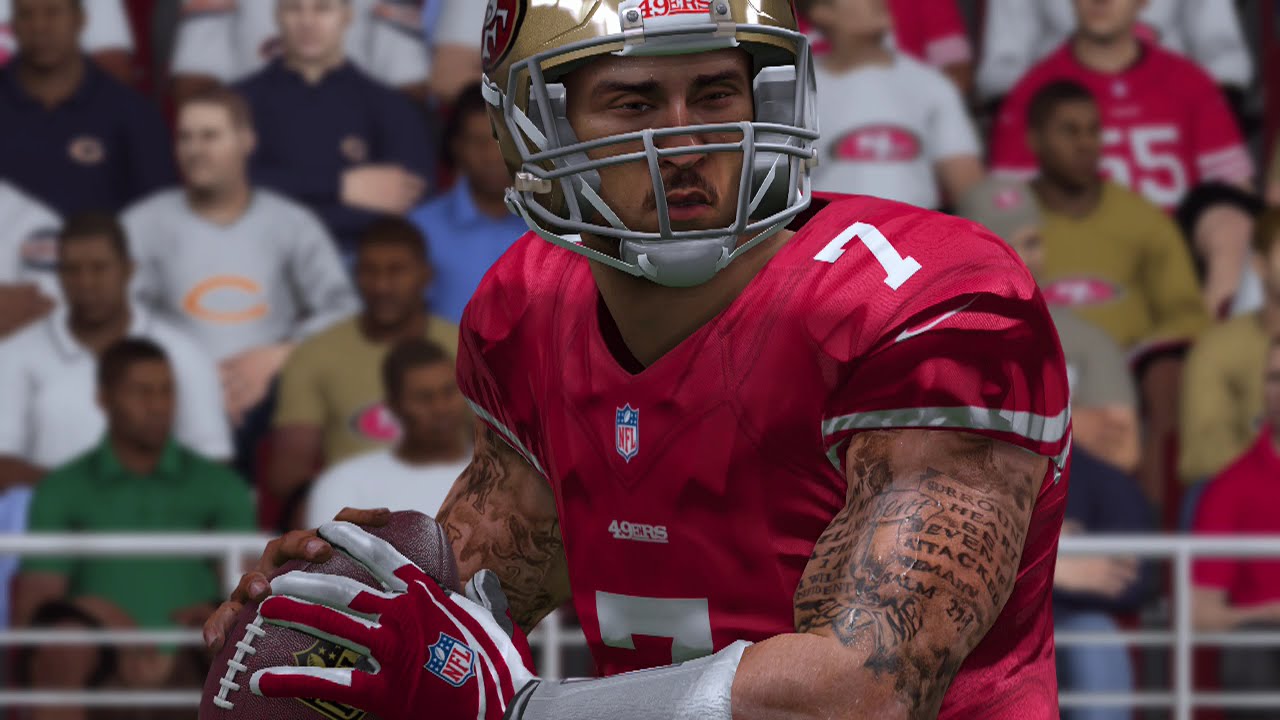 Video game company Electronic Arts came under fire on Thursday when it was discovered that Colin Kaepernick‘s name had been edited out of a song on the Madden NFL 19 soundtrack.

The song in question is “Big Bank” by YG featuring Big Sean. The lyrics are supposed to go, “Feed me to the wolves now I lead the pack and sh*t / You boys all cap, I’m more Colin Kaepernick.” However, Twitter user @jeanclervil discovered that the line referencing Kaerpenick had been censored.

bad enough @Kaepernick7 still not signed, but now they even edit his name out in this year’s @EAMaddenNFL during @BigSean verse, smh pic.twitter.com/3nvkB26z5r

EA issued an official statement apologizing for the censorship on Thursday evening, claiming it was an honest mistake.

“We made an unfortunate mistake with our Madden NFL soundtrack. Members of our team misunderstood the fact that while we don’t have rights to include Colin Kaepernick in the game, this doesn’t affect soundtracks. We messed up, and the edit should never have happened. We will make it right, with an update to Madden NFL 19 on August 6 that will include the reference again. We meant no disrespect, and we apologize to Colin, to YG and Big Sean, to the NFL, to all of their fans and our players for this mistake.”

EA’s explanation for the censorship certainly is plausible. However, the truthfulness of their explanation was called into doubt almost immediately by Twitter users who pointed out that EA did the exact same thing last year for Madden NFL 18.

. @EASPORTS @EAMaddenNFL scrubbed @Kaepernick7 name out of @MikeWiLLMadeIt ft @goSwaeLee “Bars Of Soap”in last years Madden game (Madden 18)? Your statement doesn’t explain your erasure of his name in TWO consecutive years! Yall are such bad liars for the @nfl . https://t.co/OjCSfo1t5F

That time the song was “Bars of Soap” by Mike WiLL featuring Swae Lee. The lyrics are supposed to go, “I’m moochin’ off my mother-lovin’ self / She be hopin’ that I take a knee like Kaepernick.” But, just like this year, the reference to Kaepernick was censored.

They been deleted my tweets for the this for the longest @EAMaddenNFL did it in #madden18 as well when @Kaepernick7 name become a cuss word pic.twitter.com/6t2WoGrEXX