Ezekiel Elliott Sued For $1 Million Over Role In Car Crash 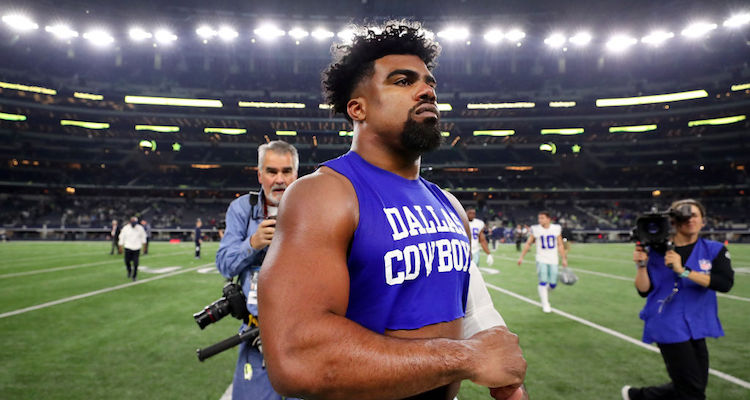 Dallas Cowboys running back Ezekiel Elliott has a lot on his plate. He’s under intense scrutiny from the NFL over violations of the league’s code of conduct. He’s got to rebound from a sub-par sophomore season to prove his phenomenal rookie season wasn’t a fluke. And now he’s being sued for $1 million over his role in a minor car according to court documents obtained by TMZ.

The crash in question occurred in January of 2017, just days before the top-seeded Dallas Cowboys’s first playoff game. Elliott was driving his GMC Yukon near the Cowboys’ practice facility in Frisco, Texas, when he ran a red light and crashed into a BMW owned by a man named Ronnie Hill. 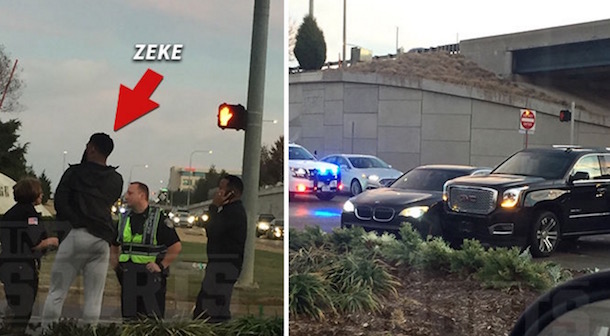 At the time, Frisco police described the collision as “minor” and said there were no injuries. Now, however, Hill says he did sustain injuries. And not just minor injuries, but “serious, life-altering” ones. He has thus filed a lawsuit against Elliott and his insurance company seeking over $1 million in damages.

Elliott’s agent, Frank Salzano, insists his client has only been named in the lawsuit as a formality, and that they fully expect Elliott’s insurance company to “handle the matter appropriately.”

You can bet Cowboys fans everywhere are down on their knees praying this lawsuit doesn’t distract Elliott from getting in shape for the upcoming season.