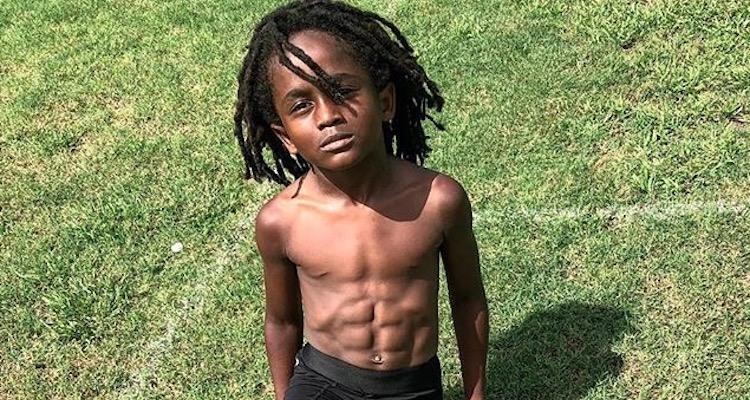 When I was six years old I spent the whole summer whining about how bored I was and occasionally splashing around in my aunt’s swimming pool like a duck having a seizure. I definitely was not training to be an elite football running back and building a massive social media following.

Rudolph Ingram, a.k.a Blaze the Great, is a way more impressive six-year-old than I was. He hails from Tampa, Florida. He measures 3’8″ and 45 pounds. He’s got an INSANE six pack. And he is already being hailed the next Barry Sanders.

Well, here is Blaze torching other kids in flag football:

Here is Blaze torching other kids in tackle football:

And here is Blaze torching other kids in the 100 meter sprint:

Obviously, this kid has a TON of natural talent. However, he’s also out there training like an NFL running back:

Always Train With Older Kids It Puts Me On Another Level ???? #Speed #acceleration #quick #nfl #collegefootball

What’s Speed And Quickness If You Cant Control It Thats Like Having A Corvette With No Steering Wheel ????#IGotThis #IGotTheWheel #SpeedKills #JetPack #Blaze @wave.tv

Rudolph “Blaze the Great” Ingram still has 12 years until he graduates high school. But with over 87,000 followers on Instagram, you can bet every Division I college football coach in America knows his name.