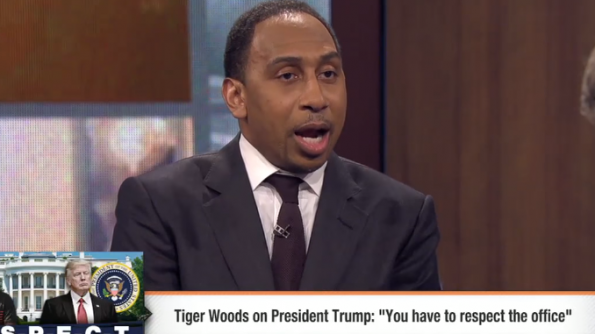 On Sunday, Tiger Woods tried his best to stay out of the rough when asked about his relationship with President Trump.

When a reporter noted that people of color have felt threatened by Trump and his policies, the golfing legend responded: “Well, he’s the president of the United States. You have to respect the office. No matter who is in the office, you may like, dislike personality or the politics, but we all must respect the office.”

Those comments not only angered some of his supporters, but Max Kellerman and Stephen A. Smith.

On Monday, the two co-hosts of ‘First Take’ laid into the 14-time majors winner for his ‘stupid’ comments, with Stephen A. Smith starting off by stating that Tiger Woods isn’t Black.