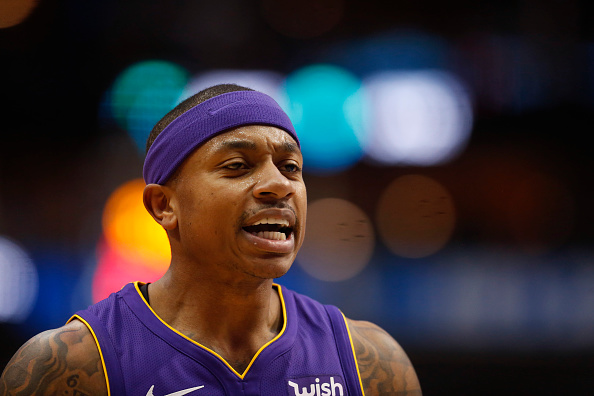 Over the course of the last few weeks, several WNBA players have been outspoken on how they wished they could receive the same type of contracts or at least a million dollar contract just as NBA players are handed out regularly during the offseason.

Each time a prominent player says anything, it’s met with backlash from who simply don’t respect the WNBA or the players who work their butts off every season.

Now, they have yet another NBA player backing them up. Denver Nuggets PG Isaiah Thomas  penned an essay for The Player’s Tribune that was released on Labor Day where he touched on his hometown team, the Seattle Storm.

In the piece titled “If You Know, You Know,” Thomas talked about taking his sons to the WNBA All-Star game in Seattle and how much he loved the experience. He also touched on the topic how upset he gets when people disrespect the fact that the Seattle Storm and their 2004 and 2010 championships.

“To put it really simple: If you don’t respect women’s basketball, you’re a joke. You’re a joke, man.”

And the way I see it is — I’m not even about convincing people how important the WNBA is anymore. I’m not even about that. Because real heads know. They know that either you can appreciate the WNBA, and either you’re cool with the WNBA, or I’m sorry to say it but the truth is: You’re not someone who deserves a seat at the table of this conversation.”

Thomas then touched on how the league needs better support, more exposure, and of course, better pay for the ladies.

“We’ve also gotta make more noise about WNBA salaries. Waymore noise. WNBA players should be paid a lot more than they’re getting right now. That’s obvious. They’re professional athletes and role models and the best in the world at what they do — they should be paid like it. Better salaries are there if we want them to be. So let’s speak up about that.”