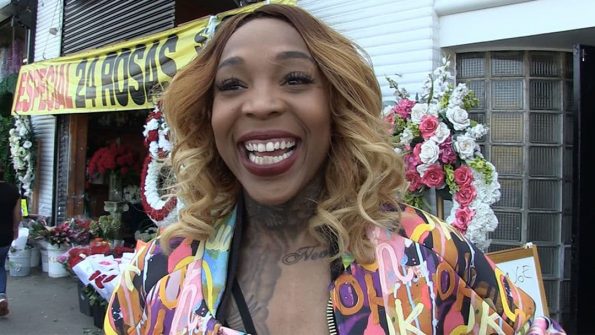 Over the past few weeks, the ongoing topic has been WNBA players wanting a bigger slice of the pie in terms of money given to them by the league. After sitting through another offseason of watching their NBA counterparts getting a ridiculous amount of money, several women came out swinging and asking why they can’t receive bigger checks.

Cappie Pondexter has never been one to hold her tongue and she became the latest to voice her opinion on the pay-outs WNBA players receive to what NBA players are getting.

The Indiana Fever star was recently stopped by TMZ and revealed she BARELY makes six figures a year as a professional basketball player.

“It’s just getting out of line now,” the Indiana Fever star says.

“I’ve been in the league for 13 years, making the vet minimum, which for me is $113,000 for the last five years, which is nothing compared to what the minimum is and the maximum is for the NBA.”

“I’m not saying that we have to get what they have, but I think we should see some progress at this point.”

She even stated she would be on board with a strike with other prominent players to get what they want if it has to come to that.