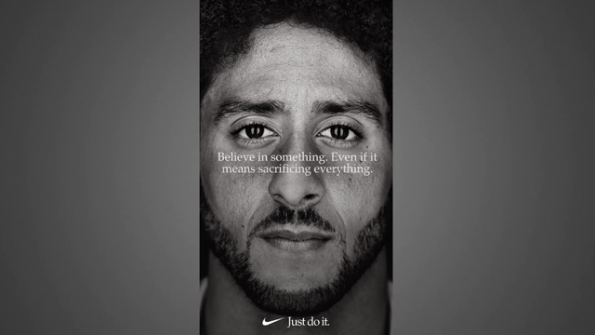 The controversy surrounding Nike’s decision to put Colin Kaepernick as the face of their new ‘Just Do It’ campaign can’t be a surprise to the sportswear company, because of the amount of attention he has received since kneeling for the National Anthem in 2016.

Believe in something, even if it means sacrificing everything. #JustDoIt pic.twitter.com/SRWkMIDdaO

Despite the heavy backlash on social media towards Kaepernick and Nike, it actually has been pretty good for the brand. Nike’s announcement has generated more than $43 million in media exposure for the company, according to an advertising consulting group.

“In less than 24 hours since Kaepernick first revealed the spot on Twitter, Nike received more than $43 million worth of media exposure, the vast majority of it neutral to positive, according to Apex Marketing Group. That far outweighs the risk of alienating some customers, said Bob Dorfman, a sports marketing executive at Baker Street Advertising.” 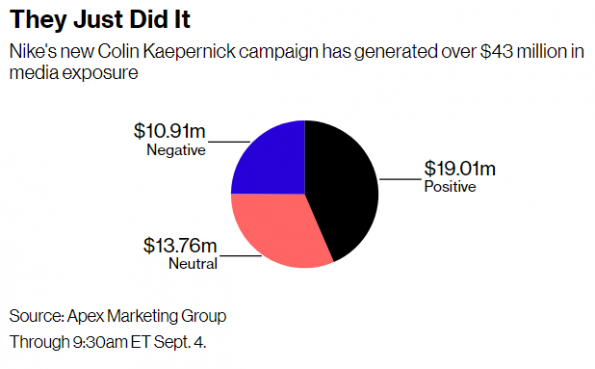 The ad features the face of the former San Francisco 49ers QB in black and white along with the slogan, “Believe in something. Even if it means sacrificing everything.”

Kaepernick has remained in free agency since opting out of his contract after the 2016 season.