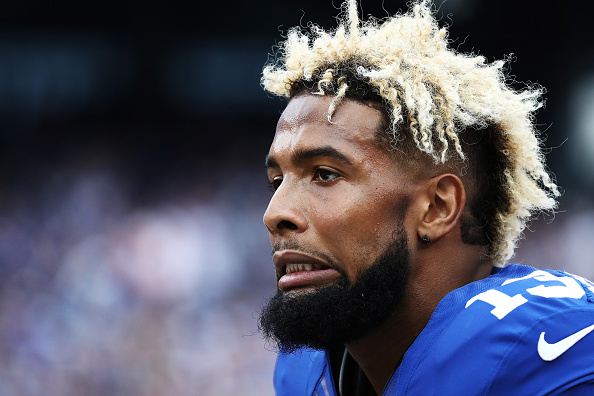 Just before the start of the season, Odell Beckham Jr. and the New York Giants finally came to an agreement on a deal worth as much as $95 million and includes about $65 million in guaranteed money.

Just when you thought Odell’s year couldn’t get any better, he now has a super hot model who wants him to contact her asap.

Instagram Model Lindsey Model was caught out in Hollywood and was asked about the New York Giants star WR:

“Just when you thought Odell Beckham Jr.’s 2018 could not get ANY better … super hot Instagram model Lindsey Pelas has invited OBJ to one of the most wondrous, mystical places in the world … her DMs.

We got Pelas in L.A. and asked if she’s looking for a reunion with her fellow Tiger now that he has the richest NFL WR contract of all time ($95 million) … and she said all DMs are OPEN … but she won’t send one first.

“I think … I should be on the receiving end … I might catch it.”

I found the sun yesterday ? ? @andi_bagus

Enjoying a dip ? This is the perfect cure to my current hangover. Pool, sun and @1stphorm Remedy. I love taking these before a night out with my friends, the #1stphorm team and I SWEAR by it. It completely eliminates any nausea or headaches and helps you wake up refreshed. ☀️ Now the question is… stay in or round 2? ?

lounging around on this beautiful Friday afternoon ? my comfy maroon @1stphorm shorts make the perfect napwear/gymwear/everywherewear so I won’t be taking them off anytime soon today. (ps can’t wait to see everyone, including some of the #1stphorm squad, at the Elevator Bootcamp tomororow) ?

Who else knows about the red medicine ball of death? It’s one of my favorite tools for building abs and working my core. . . This week I’ve been very active with photoshoots, podcasts, workouts and friend time and I’m actually finding it a lot easier to wake up early these days because of all the excitement. . @1stPhorm Megawatt Preworkout is there for me one the not-so-easy days. It completely kickstarts my energy before a workout and gives me the mental focus to make my hour in the gym the most productive it can be. Blue raspberry, strawberry kiwi and lemonade are some of my fave flavors #1stPhorm offers. The energy boost this brings will help you lose all those excuses not to go to the gym. #thankgodforpreworkout #busybee