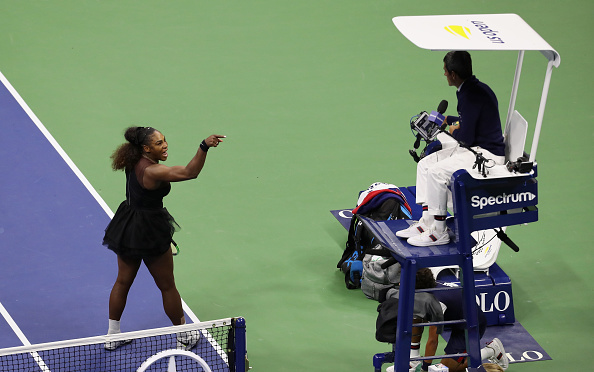 The fallout continues from Saturday’s heated U.S. Open Final that saw the young Naomi Osaka defeat her idol and legend Serena Williams in a match that would end in controversy.

Tennis umpires are not pleased with the way Serena acted and they see a lack of support from the tennis world for chair umpire Carlos Ramos, who was on the receiving end of a relentless screaming outburst from the 23-time Grand Slam Champion.

The Times of London reports that there is a growing consensus that umpires are considering boycotting matches played by Williams.

“The source tells The Times that some umpires believe that Ramos was “thrown to the wolves for simply doing his job and was not willing to be abused for it” and that they are considering “to refuse any match assignments involving Williams until she apologizes for vilifying Ramos and calling him a ‘liar’ and a ‘thief.’”

A former umpire echoed the concerns of The Times’ source with ESPN Tuesday. Richard Ings, a retired elite Gold Badge umpire described as having close ties with active umpires told ESPN that officials feel like the WTA doesn’t have their back.

“The umpiring fraternity is thoroughly disturbed at being abandoned by the WTA,” Ings told ESPN. “They are all fearful that they could be the next Ramos. They feel that no one has their back when they have to make unpopular calls.”

—Serena to the chair umpire after receiving a coaching violation pic.twitter.com/v6Q2GWYYOn

Williams explained her anger in the post-match media conference.

“He never took a game from a man because he said ‘thief,’” Williams said. “For me it blows my mind, but I’m going to continue to fight for women. The fact that I have to go through this is just an example for the next person.”