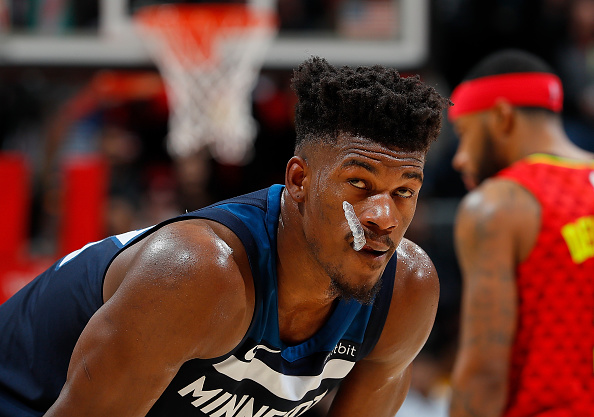 At some point and likely before the start of the NBA season, Jimmy Butler will be dawning a new uniform for another franchise as his time with the Minnesota Timberwolves quickly soured last season and during the offseason.

Butler is refusing to report to any team activities until the T-Wolves ship him elsewhere and that’s just something that really irks a GM in the NBA.

One anonymous GM spoke to Amico Sports and ripped into the young star for his attitude that has changed since he first got into the League.

“I don’t trade him,” an opposing general manager told Amico Hoops. “I tell him to stop whining, honor his contract and report to work. I tell him to be a man. He’s what? Almost 30-years old? Time to grow up.”

When Butler first entered the league, he drove a pickup truck and listened to country music. The Chicago Bulls drafted him with the final pick in the first round in 2011. Back then, no one expected him to become a star. Most wondered if he could even cut it as a pro.

“He was a humble country kid who was happy to be in the NBA,” one league source told Amico Hoops. “Now, he drinks $4,000 bottles of wine and thinks he is LeBron or D-Wade.

“Immaturity, selfishness, basically all the things that are wrong with basketball,” the opposing GM said. “It’s not even an NBA problem; it’s a basketball problem. The current system is teaching great players that they are entitled at a very young age. Is it any surprise they’re acting entitled as adults?

“Jimmy is just the product of a flawed basketball system that’s poisoning the NBA.”

The GM continued, saying the media plays a role, too.

“Part of the role of journalism is to sort of act like a watchdog, no?” the GM said. “But so many of today’s writers are so source-driven, so scoop-oriented, that they don’t want to tick off their sources by holding anyone accountable. In situations like (the one involving Butler), they side with the player every time, because they’re almost always getting their scoops from the player’s agent. They don’t want to cross the guy who’s putting food on their table.”

There’s one team that won’t be calling the T-Wolves for Jimmy Butler’s services.