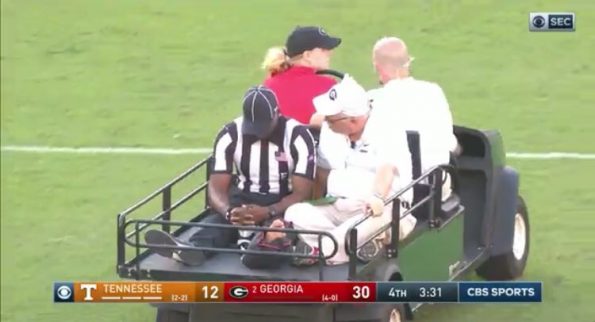 When watching a college or NFL football game, you’re likely to see dozen of injuries throughout the game. It’s unfortunately apart of the game.

What you don’t expect is to see a referee injure themselves in a way you wouldn’t dare expect.

That’s exactly what happened in the waning minutes of the game between the Georgia Bulldogs and Tennessee Vols, when a ref jogged out to the end zone to make a call when he suddenly ruptured his Achilles.

The broadcast booth called it immediately.

WE HAVE A PYLON CAM REF INJURY! OMG THIS IS GOLD! pic.twitter.com/KtC486oy2h