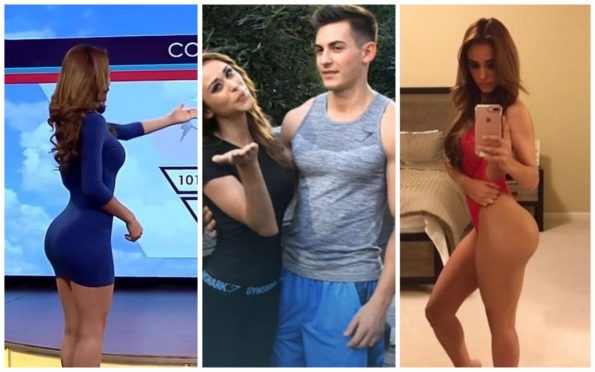 It seems likes yesterday when Yanet Garcia became a National Sensational after the gorgeous Mexican weather woman went viral thanks to her stunning looks.

A few years ago, a professional gamer by the name of Doug Censor Martin caught her eye and the two began dating, and it remained that way until 2018.

A few months ago, reports surfaced that FaZe had suddenly broken up with Yanet and it had to do with him choosing Call of Duty over her. It turns out it was way much more to that story.

Martin faced heavy backlash for his decision, so the popular YouTuber finally decided to share the real reason behind their breakup.

“I see all over social media that I took a big L, that I dumped the hottest girl in the world,” Martin explains. “At first, I thought I’ll roll with the memes. Now, it’s to a point where people generally think this is how it went down.”

Throughout the 15-minute video he put out, Martin claims Garcia attempted to score a percentage of his YouTube earnings & was controlling over his other relationships.

“Everything started to turn when I mentioned to her how much money could be made on YouTube,” he says. “At this time, YouTube wasn’t really that mainstream. Nobody really respected YouTube as a profession as they do now. So, when she understood how much money I was making on YouTube, she wanted to get a percentage of the videos I was making.”

Martin says he fully understood why she wanted a percentage, because her celebrity and popularity was helping drive views, but he states he was already paying her bills and supporting her financially. He went on to say he “felt really embarrassed and ashamed to break up with this sexy, hot girl, because I was afraid of getting flamed and roasted on social media. I didn’t help myself by saying it was for Call of Duty.”

Censor’s father take on the situation:

I want to be the best version of myself ‬❤️????