REPORT: Astros Had Deal In Place To Acquire Bryce Harper; Nationals Said NO 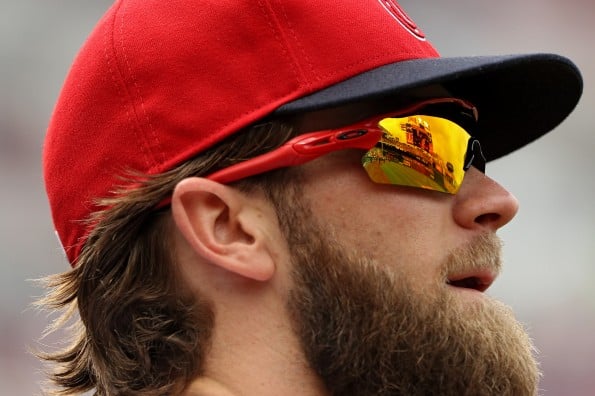 The Houston Astros wanted to go back-to-back with their talented roster in 2018, and did everything in their power to make it happen. Bryce Harper has officially been a free agent since ​he World Series ended on Oct. 27th, but things could’ve been so much different if the Washington Nationals had just pulled the trigger months ago on a trade.

Back in July, the Houston Astros were reportedly interested in acquiring Bryce Harper via trade, but Nationals’ ownership said no, according to The Athletic.

“The Astros had a trade in place for Harper on July 30, but the deal collapsed when Washington Nationals ownership refused to approve the move, according to major-league sources.”

How could the Nats say no? pic.twitter.com/T7YmzSAtg1

Without Harper, the Astros still finished 103-59, won their second straight AL West title and swept the Cleveland Indians in the Division Series. After taking Game 1 against the Boston Red Sox in the ALCS, they lost the next 4 games.

A few days ago, it was reported that Harper rejected a deal from the Nationals that was for 10 years, $300 million, two people with direct knowledge of the proposed deal told USA TODAY Sports. Now the Nationals have to face reality that they will lose Harper and get absolutely nothing for him after not taking that deal from the Astros.