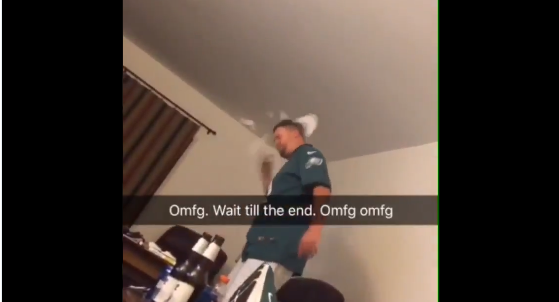 Simply winning the Super Bowl for the first time in franchise history wasn’t enough for Philadelphia Eagles fans to calm down. They showed that last night against the Dallas Cowboys.

After a lackluster first half against their hated rival, Eagles fans showered the players with a chorus of boos and urged them to play better against their foe. The team listened, but still sputtered at the end as the Cowboys put the squad under .500 and their playoff chances hanging in the balance.

To say Eagles fans were upset would be a gross understatement, as this fan showed by breaking a plate over his head.