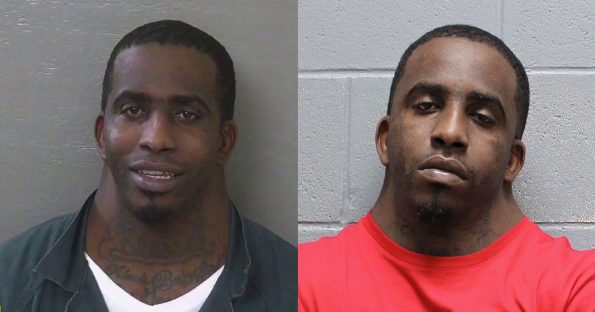 The name Charles Dion McDowell might not ring a bell to the average person, but his mug shot certainly will get your brain juices flowing.

The 31-year-old went super viral for his mugshot last week, mainly because his insane neck size was hard to miss and roasted by just about everyone on social media.

Dubbed “neck guy,” McDowell has become an involuntary internet sensation and now his social media fame might put some cash in his pockets. He is in conversation to possibly compete at an upcoming Island Fights boxing or mixed martial arts event according to Island Fights CEO Dean Toole.

“McDowell, who’s never fought competitively and thus would be in an amateur bout, has an offer from Toole to train at the organization’s Pensacola facilities for a potential bout in February or April 2019.

“He hasn’t made some of the best choices in life in his past so maybe something like this will be a good step in the right direction towards something positive,” Toole said.”

McDowell was arrested in Escambia County in early October on several charges that included possession of cocaine, meth and marijuana with the intent to distribute or sell. He got out, but clearly didn’t learn his lesson as he was arrested in Lee County, Alabama after attempting to escape police officers. His charges included reckless driving, driving with a revoked license and possession of marijuana.