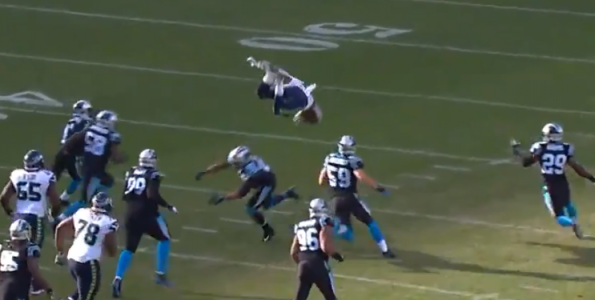 If there’s one thing offensive players love doing, it’s leaping defenders and making them look even sillier as they try and tackle them in open space.

The Seattle Seahawks running back attempted to leap a Carolina Panthers defender, but he was caught in mid air. He flipped right on his feet and continued to run for a few more yards.

Chris Carson double flip AND he stuck the landing. Oh my goodness!!! pic.twitter.com/ZilCaRvw1e