Chuck Liddell vs. Tito Ortiz 3 Was A PPV Disaster 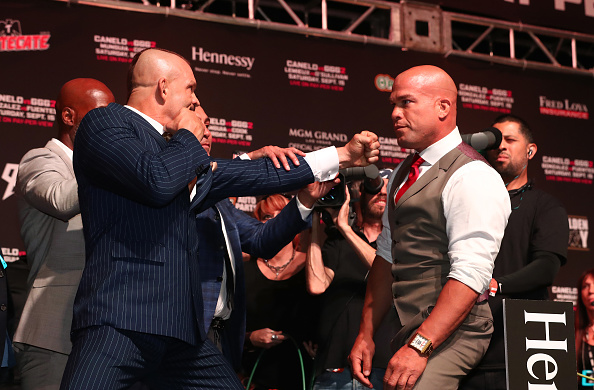 In 2006, Chuck Liddell fighting rival Tito Ortiz was big news and must see television, which is why it reportedly drew over a million buys. In 2018, nobody cares anymore.

Oscar De La Hoya initially claimed that the 3rd installment of Ortiz-Liddell would do 200K-400K PPV buys and that it was a “no brainer.” That number was slightly less than what he predicted. In fact, according to reporters from LA Times, the buy-rate was closer to a tenth of what Golden Boy was targeting.

Industry source tells me the Liddell-Ortiz PPV buys may be as low as 30,000….but the Tiger-Phil golf might reach 1 million (all refunded, but a glimpse of what a low price can generate).

Adding salt to the wound is the fact that Yahoo Sports is reporting the Golden Boy MMA promoted event resulted in just 25,000 buys.

Tito Ortiz defeated Chuck Liddell in the very first-round of their fight last Saturday night in Inglewood and it was just embarrassing from the ridiculous promotion to the fighters even stepping inside the Octagon at their advanced age and well past their prime.

With the win, Tito Ortiz improves to 4-1 in has past five fights overall.

Liddell on the other hand hasn’t tasted a victory since defeating Wanderlei Silva at UFC 79.